I'm not sure when exactly I started to listen to Hanne Kolstø's music, but it must have been in connection with Thelma & Clyde playing from my loudspeakers in February 2010. I guess there is no need to explain that Hanne is filling the Thelma-part of the widely known electropop duo. But besides of two more bands (Love:Fi, POST) she is also making music on her own behalf - her soloproject, so to say. And on Friday, 16th of September, her debut album "Riot Break" was finally and officially released. Big day!!! 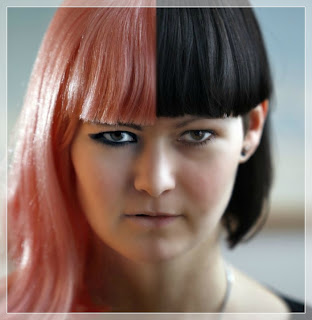 Hanne Kolstø, Photo by Kjartan Bjelland // fvn.no
But before I start telling you what I like about this album I should explain how I came to listen to her music and how things developed. Back then (in Feb. 2010, as mentioned above) I listened to the solo-recording of "A Long Way" (a song she later released with POST) which I found and downloaded from her Urørt page. I would lie if I'd say I was fascinated and stunned at first sight. It was after all the only song I had known, besides of the 5-6 Thelma & Clyde songs. But I liked Hanne's voice, it's very pleasant to listen to and found the song interesting. And just thinking that the Thelma-stuff is one of the best things I've ever heard, made me curious to find and hear more from Hanne self or "In the Basement" as she called her soloproject back then.

A long search on the internet provided me a couple of clips. Some live performances which I downloaded wisely thinking in advance because the page I took them from was deleted some time ago - it was some Norwegian page with lots of live performances and couple of muisc videos mainly from artists from southern Norway. However this way I got a preview of the things I could expect, sort of. And first and foremost I could see how she is performing the songs. Her voice, a guitar, a loopstation and some other unimposing utilities - not much more needed to make the songs sound complete and unique. And that truely impressed me.

So now the album is out and it's hard for me to stay objective - therefore I can't write a proper review (or I won't do that here on my private blog). But if you don't mind a personal opinion about "Riot Break" you can continue reading - otherwise I recommend the reviews from Norskmusikk.org and Musikknyheter.no !! 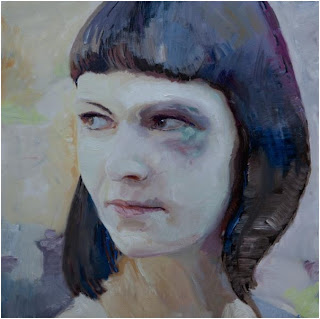 "Riot Break" albumcover by Erik Pirolt
"Riot Break" is not only title of the album but also of the song I had known the longest and which is based on voice looping and the sounds of a little keyboard. It's the coolest song on the album and interesting in the way it is put together. The other song I had known some time already is "What The Wind Can't Carry" - it starts so calming, kinda melancholic with a heartbeat-like rhythm. But by the end the song goes over into an orchestral-like explosion. "Clandestine" is of a similar kind - not that sad though. It's funny that this song wasn't much of my taste first but made me get up again at around 4 o'clock in the morning just because I had to listen to this song once more and another time, and another... It's now one of my absolute favourites of the album as well as "Black Hand" which I love because of the lyrics and this really nice guitar based melody underlined with some e-guitar.

"Dead Seat" was probably the song I've been looking forward to the most since it was put out as teaser for the album and it's satisfying to hear how the full version turned out to be. The first track on the album "Don't Wan't To Be Happy In The Moment, I Want It To Last" I had known for several months and I was sceptic first of all but came to like it really, not least because of its lyrics: "Nobody can leave me, I'm already alone. I'm fine on my own, I don't need anyone. [...] If we don't know ourselves how can we be ourselevs? [...] If you don't like yourself than be someone else." These lyrics will just stick to your head and leave you pondering.

I was also sceptic about "Simca" which consists of drumming and Hanne's voice forming the melody in addition to guitar and some claps. It's maybe not the best tracks on the album but it belongs to the album just like the others. And on the other hand - some of the songs on the record are extraordinary good - just like the killer-hit-single "The City" - this beautiful, unique song starts quite gloomy but turns into a comforting popsong making you sing, dance and clap along. It's magical and a good choice for the music video which was released just about a week ago.
"Hide And Seek" makes the impression of a very honest and grounded song played on acoustic guitar with solid lyrics. The album is ending with "Dear Friend" - a, on a sweet guitar melody based, track awaiting an equally sweet song, but it gets a bit twisted in the middle just where you don't expect it.

All in all you get sweet melodies, cool loops, playful but carefully placed effects on Riot Break which are carried by Hanne's voice and underlined by the lyrics. If I had to express my feelings about the album in figures (like it's common in reviews), I'd give the album 5/6! And if I could recommend just three songs of it, I'd mention: Clandestine, What The Wind Can't Carry and The City.

Riot Break was released on the 16th of September 2011with Karmakosmetix Records. The album (vinyl!!!) can be bought via CDON.eu or Platekompaniet (if you live in Norway) and downloaded from many music stores. You can also listen to the album via Spotify or WIMP. 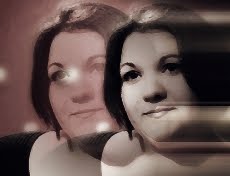